Posts like this are time-consuming but someone has to say this. DUDES, you're doing it wrong! (The below dudes, that is.)

I would have thought that anyone who has access to the internet and is able to compose enough of a string of letters to create a username has received enough education to intrinsically understand what might be appropriate on a dating site, but apparently that is not true.

But don't take my word for it, see for yourself: 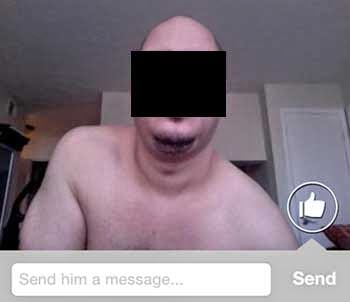 Gross! Not only is this guy shirtless, but the photo introduces the question as to whether clothes have ever entered an 8-foot radius around his computer. And the way he's dropping his shoulder down at an angle just makes it look like he's beating his junk to the webcam. Eew. No. 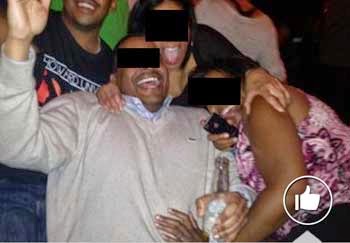 This one's great because women always want to see photos of potential dates with their harem, especially the pre-orgy kind where everyone is obviously seconds away from ripping off their clothes in drunken abandon.

Any username that bespeaks (the poster apparently hopes) of one's bedroom prowess... just NO.

5. Great photo, if I could only tell what he actually looked like: 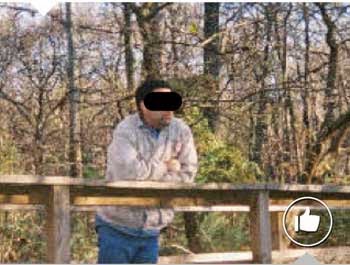 Why do people post far away photos where you can't see their faces? Like the above, or (this is very common) in front of gargantuan, eclipsing landmarks? Like, I'm glad you got to see the Parthenon, guy, but all I see is a huddled gray shadow. I'll never be able to pick you out of the lineup of blind dates waiting for their counterparts at Starbucks.

6. Looking for Girlfriend to Visit Me in the Hospital: 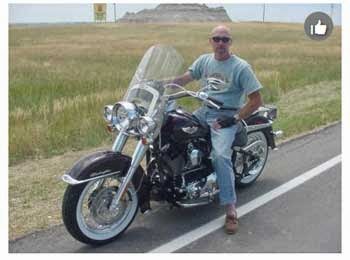 This photo instantly makes me fast forward to my role as his girlfriend either caretaking his paralyzed body and changing the gauze on his unconscious, mummified form or wearing black for the entire year after his funeral, all because he refused to wear a helmet. Motorcycles are dangerous enough WITH protection. What is wrong with people?? 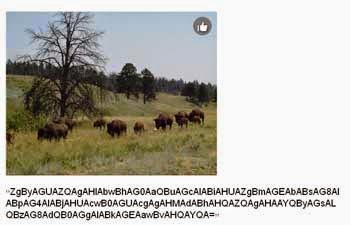 Why do people add photos that say NOTHING about them? This photo says "Bison."

(And "ZgByAGUAZQAgAHIAbwBhAG0..." ...suddenly everything is so much more clear.)

So let's guess. Is he conveying an undying love for bison burgers? That he needs help maintaining his prairie (which, I might add, is obviously nowhere near the metropolitan area in which I live)? Is he indicating, through some magic, secret code, that he was a buffalo in a past life? Is it an inside fraternity joke?

I give zero fucks about landscape photos. I want to see what he looks like, not the herd of buffalo that will trample me to my death on our first weekend away together. 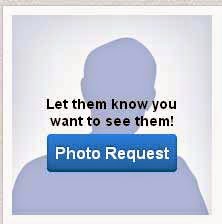 Does anyone actually respond to posts without photos? If there is a compelling reason NOT to include picture, there should at least be an explanation, such as that the guy is famous or complying with a restraining order. If he is only browsing and does NOT actually want to meet anyone just yet -- which is fine -- don't wonder why no one ever responds. 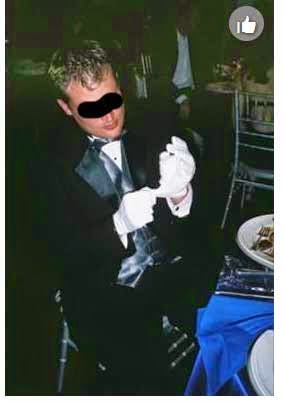 I understand the goal here is to say "I can have fun in a tux!" but I cannot help but note, of all the photos that must have been accumulated during this particular special event, he chose to include the "gloved up" version. (This won't hurt a bit!) (Or maybe he is putting on gloves so there'll be no fingerprints?!?)

A sourpuss face is not going to land dates. That is not a "sexy" frown. Guys don't have to grin like a clown in each photo but the MAIN profile pic should be one where we can tell you have fun sometimes.

I can't post a photo for this so am just including the link. HOLY FUCK is this NSFW. It likely will disappear soon so click while you can. Warning: dudes may be traumatized:
http://washingtondc.craigslist.org/nva/m4w/4500107509.html

Yes, I am looking for genitals to shave. Not an actual person, just genitals. How compelling, let me jump right on that.