How to be an asshole, part 1: no one can feel however they feel

I'm all fired up by this convo:


Woman 1: "Six weeks after a long labor followed by a cesarean, my husband tells me, 'I have not had time to write poetry since the baby was born.'"

Woman 2: "Clearly, he never wanted to have sex again. Ever."

Why is it not okay for the husband to feel that way? And why is the response "Punish him for having feelings we don't like! Withhold sex!! "?

Those people are going to get a divorce in 10-20 years! 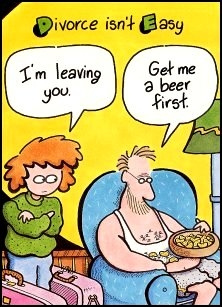 Why is the response not something compassionate, like, "yeah, I hear you, that sucks"?? Or, "I feel that way too, it's been so time-consuming that I haven't had time to write myself"?
Aren't partners supposed to be a team? 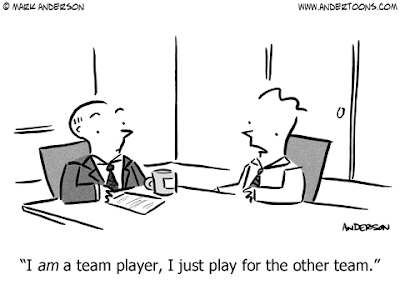 This is a concept discussed both in NVC (non-violent communication) and by therapists that deal with relating, relationships and couples counseling: the idea that one person knows the "right" way for things to be and how this turns into a power imbalance that is ultimately disconnecting. 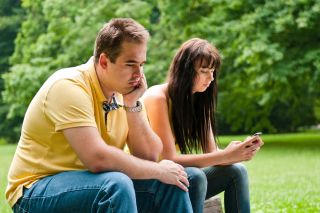 I found a good (long) article about this concept by a counselor who calls this the "Master/Slave" problem, where the "Master" is the dominant, 'right' party ("This is how the towels should be folded!") and the "Slave" is the one who must comply:

If someone complains about silence, I expect to find a Master/Slave problem. A relatively stable Master/Slave relationship (remember Master/Slave relationships are inherently unstable) will have communication going only in one way from Master to Slave. The Slave will have learned to be silent about any disagreement. The Slave will be keeping their differing points of view secret. The typical Master does not notice at first, but in more mature relationships I often hear things like, “I can’t find out what she wants” Or “He won’t tell me. He’s quiet all the time.”

(By the way, I think this is a pretty good definition of agreement: one person thinks there is agreement, but is in some level of delusion. Their partner knows there is no agreement, but is keeping silent about it.  From this emerges the one-liner: “If two people are agreeing, then at least one of them is lying – withholding their truth.”)

This silence is one thing that makes Master/Slave Relationships unstable. The decision-maker is uninformed, and is often critically in delusion about what is going on in their partner.
When I am working with an individual in a relationship, I often focus on this problem. If they mention something their partner does that they don’t understand, I invite them to share why they don’t know what is going on in their partner. When they share, “He/she won’t tell me” I then PreValidate the non-present and non-speaking partner and move to teaching about Master/Slave. “Of course they don’t tell you. You are probably a pain in the neck to talk to. Let’s see if we can figure this out.”

The most common sign of a Master/Slave Relationship is an argument. Simply put, an argument is two people trying to be Master at the same time. And both are using Punishment systems, trying to pain their partner into pretending agreement, with varying success. If you are arguing, then you are probably trying to establish your “Truth” as the only truth, and get you partner to appear to agree. Arguing is the verbal behavior of two bullies. (A bully is a person who wants their way and will cause pain for others if they don’t get it.)

Arguing is admired in our culture. People often express their power and strength in arguments. Our TV and politics are full of arguments. Yet almost all couples who come into my office state that arguing is a problem.


I can now see that this is the dynamic that existed in my marriage, but I am not absolved from my responsibility for my passive role.

The new mom above set the rules but they were cruel and unrealistic and included her husband not being allowed to mourn the loss of his free time or feel bad that he wasn't able to do a fulfilling activity. Not only did she regard his feelings as inappropriate, but it was universally accepted that he should be shamed for having them. 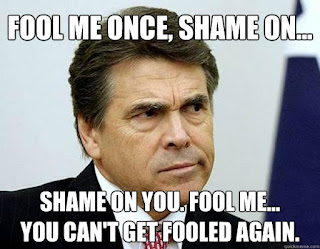 Why is our society so threatened by feelings? What happened that we are not allowed to feel how we feel? Feelings exist whether or not you welcome them. Fighting them just makes it worse. The most current info says that if you want to sail through life the zen master of emotional health, you have to accept what you feel inside. Why not make this easy on others by accepting their feelings too? 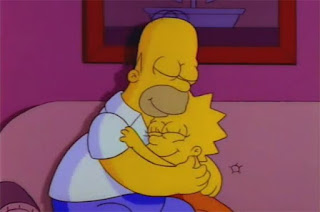