dating and the interview process 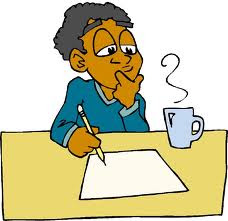 Fuckit, I can't sleep so may as well write.

Tonight's date was originally supposed to be just coffee but he pushed for dinner so, fine.

This whole exercise was supposed to get me feeling hopeful again, to be part of the healing process after a breakup. I didn't expect to actually like anyone right away. I told myself that I wanted to be feel special, to be cherished. I *said* those things because I think they're important, but I don't know that I believed I could have them, that I was worthy or that I really even understood what it meant. But here is someone who looks like he might be capable of having a healthy relationship and fuck, he even looks like he could be into me. And I think this terrifies me.

I'm not done mourning the loss of my previous relationship; accepting that it's over. So this makes me simultaneously realize how attached I am to someone else and also how much work I have to do on myself in order to have a relationship.

But there was something in his eyes that grabbed at me. Maybe it was the warmth, or maybe it's something that reminded me of my first love all those years ago. Whatever it was, it shouldn't have shaken me awake but here I am trying to sort out the mess in my head.

In any case, a simple look is not enough to tell about chemistry, not enough to shake the bonds that already tie me, not enough to predict compatibility or even if I will feel anything the next time I see him. But it was, apparently, enough to rouse much thought. I'm not quite sure what to make of it all.

This date reminded me of the time I applied for my current job.

I'd almost backed down from submitting my resume, having had an existential worthiness crisis the morning I planned to drop it off.

I called the girlfriend who'd been coaching me through the application process and said, "Thanks for your help but I'm not going to apply." She was shocked. "Why not?" I told her I didn't think they'd hire me. I fought back tears; I thought I was being realistic. I'd read the list of what they wanted and then read my resume and felt woefully inadequate.

She gently encouraged me to apply anyway. "Let THEM decide if they don't want you." And so I relented. I dropped off the whole application packet and fled, hoping no one saw the red-eyed girl flinging an envelope into the giant IN bin before vanishing.

Fast forward to the morning of the interview. I was terrified. The only thing I felt sure of was my general suckitude and so I told myself to just look at the whole experience as practice, since I am at least fairly certain that, although I suck at many things, I can get better if I try hard enough. I didn't think that day was here yet though and so my expectations were very low. I at least enjoyed my current job and, if nothing else, this was a useful exercise.

Then I remember a funny sensation coming over me during the interview. I started to feel comfortable; something that had never really happened before. I almost forgot that I was being judged. My sense of time and space melted away and I just, was. Talking felt natural.

It was then that I realized I should be paying as much attention to how I felt about them as they were about me. I knew logically that chemistry in the workplace is important; I'd turned down jobs before that'd been lacking, but never had the experience of being comfortable. It baffled me.

They offered me the job and to date, it's been one of the best jobs I've ever had.

So last night, sitting at the table chatting over dinner in my "on" state as if I were with a business client, I suddenly realized I was actually comfortable. Relaxed. It wasn't difficult to be present; something that can be rare for me sometimes.

I go out and do things, sometimes to make myself get out of my comfort zone, to expand. It's not necessarily easy, especially emerging from a shell of shyness, but I instinctively understand it's good for me. And so I socialize and do things that are hard for me all the time. It's draining, and so I need much down time, but rewarding because I constantly feel like I'm growing. And it's getting easier.

People who meet me think I'm extroverted and friendly but really, I do work at it. It's fun work; I genuinely like people -- establishing connections offers huge amounts of meaning -- but does take effort.

So it's surprising to me that meeting this new, strange person felt so effortless. It caught me off-guard.

A followup date is already scheduled for Friday. That's maybe too soon, but whatever. I don't have a map and I don't really know how I'm supposed to be doing this and so, here goes.
at 5:15 AM