Being needy means acknowledging you have needs

Last night I dreamt I met a wonderful guy and he was asking me about myself. We were both over the moon about each other (look, it's a dream, of course it's unrealistic) and were falling in love.

"No," I said. Then I thought for a minute. "Actually I am needy. I need to be paid attention to, I need my partner to be kind, I need affection, and I need to feel special. But I have been told by boyfriends that I am not needy. I think that's because I understand how to give space. And I accept them for who they are."

He smiled and hugged me and then I fucking woke up.

(If it's GOING to be a dream, can't there be at LEAST a little more romance in there? Sheesh. My brain is too clean for my own good. Fucking realistic conversations. At least live it up a bit, brain!) 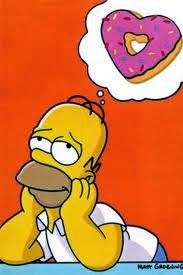 This makes me think about one of my weak spots. You know how babies start developing object permanence, when they realize that something is there even if they can't see it? Show them a cup and then hide it behind your back and, if they've reach that stage of development, they will realize the cup still exists.

Well, maybe I failed that developmental milestone. I'm just not very sophisticated with my sense of object permanence. If my partner doesn't reach out, then I think he is losing interest. 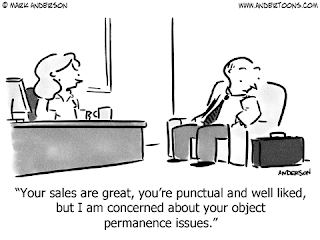 One way meditation has been helping is that it softens the emotions that come along with feeling lonely. So I feel less achy when it hits.

I think it's because some research has shown that when you acknowledge how you're feeling and let the feeling exist instead of trying to stuff it away, it gets smaller somehow. I used to get annoyed when I felt crummy. "Go away! This feels terrible. You're fucking everything up." But that makes it worse, yo. Greet it, let it exist and then it will pass.

Sometimes I talk to it like an old friend. "Oh I hear you. You're trying to tell me something. Okay. You're worried. Got it." Then it doesn't have to shout to be heard because I already acknowledged it. It sounds crazy but it actually does work, at least for me. I've been feeling so incredibly even-keeled lately and I think that's one reason why.

I still want my dude to reach out though. Meditation doesn't help with that part.