Straight up relationship advice from Madea

"So the Rennfest is Saturday."

"Not really. My friends do though."

"Yeah, they dress up there too."

"What exactly is Dragon Con?"

"It's a science fiction convention with talks and vendors and like 30,000 people descending on Atlanta. A slew of hotels host the talks, you can get a schedule at check-in and start planning. Or just hang out and people watch. That's mostly what my friends and I did."

"Yeah. That was where I learned what the term 'Ginger' meant. I'd never heard it before."

"Yeah! I went outside when my boyfriend was flirting with someone else. Some young kid could tell I was miserable and tried to cheer me up. 'My friends call me Ginger' he said, and then explained it was because of his red hair. He had nice hair."

"I'm sorry you had to deal with that kind of thing on your own."

"Sigh, yeah, some girl was rubbing his back and he seemed super into it. I didn't want to make a scene but it was hard to watch so I just left. That boyfriend was always doing stuff like that."

"Well, you won't ever have to worry about that with me."

I'm not happy about this realization about myself, but a few weeks ago, resentment was building in me about my roommate. He had the GALL to use one of my refrigerator shelves!! And he doesn't ever put out the recyclables! And his love life was a mess! And he left his ID badge in the common area! Omg!

I was stewing about this and other minuscule things when I thought about what it might be like to live with my stepbrother. I love that guy so dearly. But he sure as hell would not be careful about where he put his damned leftovers. If there was an empty shelf (I hadn't been using it), he'd slide that to-go container right up there in my domain. And I would be only affectionately annoyed. "Oh bro," I'd snicker. "So clueless!" Then I'd move his shit to the lower shelf and move on with my life.

This wasn't a nice revelation. You mean it wasn't the THING itself but it was me being OCD?

Not to justify this, but it had felt like there was an intruder in the house. I at least tried hard to be respectful and not say anything that would make him not feel at home but inside I bristled. Kudos to me that he couldn't tell I was struggling but something's shifted. We've started to become friends. Hang out. Listen to music and watch House (fucking awesome show!). He bought a TV, which my ass did not own previously, and dammit if it didn't make the house warmer, somehow. Amenable. Sociable. Fun.

The negatives aren't that bad. No roommate I have ever lived with (and there have been many) ever put out the recyclables. And not winning the love life lottery isn't a requisite on the lease. He's aight, you know. And now it's starting to feel like home with him here.

He asked me what my tastes were in engagement rings. And then someone texted me and asked, "what's new" and I said "not much," because I couldn't say, "we want to get married" and "I'm in love and having the time of my life" and "it's getting more comfortable with his kids" and "somehow that hasn't been as hard as I expected" and "the daughter and I are really bonding" and "one of my best girlfriends made it through chemo" and "I'm pretty much done with the past" and "the future looks and feels amazing" and "I'm even starting to like having a roommate because I'm getting to know him and he's kind of a nice person which somehow makes it easier when he forgets to put out the recyclables."

All of those things are new and yet I said none of them. Not much is new, and yet there is so much! 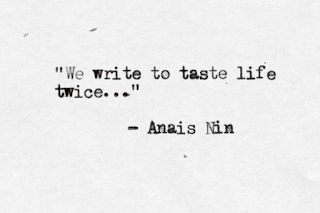 I agree with this article, "The Only Piece of Dating Advice You Need." What it means to be a priority to someone is that it will feel like you are a priority, whether it be a friend or lover. I spent some time trying to convince myself that I was laid back and didn't mind not being a priority, but the end result was very lonely.

That might work for some (or some time) but knowing myself now, I need high quality connections. Not only was my willingness to overlook my own needs a symptom of low self-esteem but I unwittingly reinforced those low feelings by investing in people who did not value me equally. It's embarrassing to admit.

Learning to listen to signals more than words helped. It's very confusing to hear, "you're amazing" or "I adore you" and then not feel it. People have different ways of reaching out, connecting and expressing so it's not necessarily the fault of the other person that you don't feel cared for, it may just be a basic incompatibility of needs or expression. You can either accept what is, or look for someone more similar. (They're out there.)

The best advice I got (for any relationship, including friendships) is to tailor your effort to theirs. If you reach out and there's no reaching back, then it will hurt to keep trying. It's usually not even personal -- could be timing or whatever -- but it's still good to be protective of your energy and invest it mostly in returns that feel good. Emotions are the best GPS.

The Only Piece of Dating Advice You Need 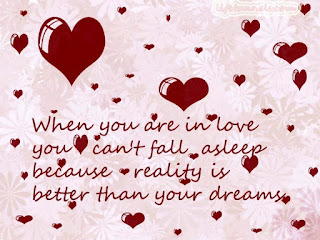 Flaws Tourette's: when you bark out everything wrong with you every 5 minutes. It's a thing, and it should be named after me.

I did what you're not supposed to do. He thought I was perfect so I pointed out my flaws.


"I feel horrible about my hair!"

"Well in addition to the usual shittiness, I haven't had a chance to cover my roots. My grays are coming in."


He peered over and began inspecting my scalp, in quite possibly the kindest way one could embark on such scrutiny, yet I instantly regretted drawing attention to it. My mom was right. Never point out your flaws. But I never listen. I announce my flaws to the world, all the time. They're always on my mind, how could I not?

He didn't say anything for a split second and for all I know, he was stuck in that zone of not knowing how to word what should come next, like I was that time his daughter, arrestingly beautiful, wrinkled her nose at an older photo and said, "I was soooo ugly a few years ago!" She could not be persuaded of otherwise.

I stammered at first because all I could think was, "What? You are gorgeous -- a model, if you wanted (thank goodness you don't) -- oh you are the prettiest and you don't even know!" "Fairest in the land and everything!" I wanted to say all that.

But nothing came out because my brain was muddied with the surprise that someone so gorgeous and graceful would not know. I don't remember what I DID say but it probably didn't come across as very reassuring. (Note to self: work on that - and be thankful you haven't failed a teenage daughter of your own!)

Anyway so maybe that's why he didn't react right away. Peering down on the rats nest of salt & pepper strands, what do you say? "My what a gracefully fraying clump! No one wears frizz like you."

(My attempt at humor is terrible at this hour, and over this subject! But it is laughable, really.)

He kissed me and made me feel loved and I was on cloud 9 again (my phone wanted to change that to Clod 9) and I forgot all about my Flaws Tourette's until tonight, when his ex reached back out on Facebook and they reconnected after a break.

She's prettier and thinner and gawd, when will I just embrace my own damn humanity?

(Sent from my phone)