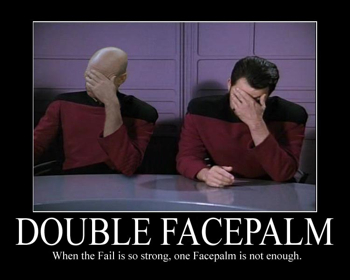 So holiday visits can be kinda awkward when there's been a big (negative) change in your life. It's the time of year to see people not normally around everyday. On Christmas eve, I visited my Aunt's and some relatives I hadn't seen since last year. I did send out a mass holiday note of cheer saying, "Happy Holidays! Here's my new address and btw, hubby and I split and life sucks. Have a great New Year!"

So I knew they KNEW but still, we hadn't TALKED.

Them (sympathetic headcock not unlike the way a great dane considers the option of going out): "Oh wow. I'm so sorry."

Me (awkardly shifting): "Oh, pssht. I mean, there are children starving in North Korea."

Them (equally flailing awkwardly): "So what ELSE is new?"

Me (there needs to be something else??) "Well, I'm learning how to draw. And I just found out what 'moobs' are!"

Actually, I do have a really awesome family, and they love me no matter what, and some of them have even been down dark roads too. Awkwardness is okay in a room full of love, even if it does waste some wine from the spraying and sputtering.
at 11:00 PM No comments:

I confess to wanting to fast forward a lot.


I bristled at the note of panic in the incoming text: YOU OK?????

Um, no. I'm not okay. I spent Sunday in a fetal position sobbing.

Monday I almost quit my job because the idea of leaving bed evoked panic. But so did staying, and in the end I went.

Tuesday I laughed with friends and I let their love for me form a little hammock and I lay in it and healed for a bit.

So no, I'm not really okay. But I'm okay sometimes.

This is life after you walk away from a 17-year relationship. Death & divorce are the top life stressors.

I'm allowed to have a shitty life right now.

I congratulate myself on just going through the motions sometimes. I confess to wanting to fast forward a lot.

So please, check in on me. See how I'm doing. But please don't panic at my stress. I'll be okay in time. I'm sorry if I shut down sometimes. It's part of the process, I think.

Looking back at my diary entries, I can see I'm doing better. There may have been two days in my entire LIFE where I spent the day in bed because I was too sad to leave and both those days happened this past year. I'm finding that it's hard to write about the rough spots right away. Maybe there's truth to the saying that comedy = tragedy + time. Though there's nothing funny about this scenario, I'm grateful that distance continues to offer perspective.
at 4:51 PM 1 comment:

friction when sliding together

I saw the play "Chapter Two" a few weekends ago, a Neil Simon play about a divorcee and widower falling in love. It was poignant and much more realistic than I expected and I found myself tearing up during the revelatory parts.

Closing off and pushing someone away because it hurts to open up. Being opened up. Accepting where others are even if it's not what you wished for. The friction of learning what another is experiencing and adjusting the fit with our own ideals and desires.

In a play (or movie), you get to see the pain of a misunderstanding from both sides. "Oh hey," I'll think, "look  how they both contributed to that." There are no bad guys, only the sting of communication gone awry. I root for them both.

This is why the arts and culture are important. They're all lessons. In real life, I want everyone to win. We have a chance, too, as long as we have the tools.
at 9:35 PM 1 comment:

Sometimes it feels like there are too many losses for my short lifetime.


"How you feel, or don't feel about another person says much about you. How they respond, says something about them. Think about that deeply. You may or may not know all of your reasons for feeling the way you do about that person. I suspect you may not have the whole story about them. It's possible that this person has some deeper issues that may not have anything to do with you directly. If so, it is best to let them have space to address them. It may take years. You can give of yourself and offer your love and support. If that person does not, can not, or will not love you back, then there is nothing you can do about it. That is their choice. And you don't want someone unless they are truly able to love you in return, right? Now, do not think ill of that person. The care that person has for you may be all they have to give and they are just being honest. Now back to you. I am of the belief that "Love Never Fails." I believe that once you love someone it does not die. But I believe that love is about giving and not getting. You must give them their request. That is in many ways a great gift of love, a gift of respect. You will have to go on. Time will heal your wounds. Allow yourself to feel sorrow and feel the pain now for the time of grief will pass. You will learn to live with the loss. You will always love that person but that does not mean you will not love again."

I needed to read this today. Thank you, anonymous forum commenter on the intarwebs.
at 3:46 PM 1 comment: 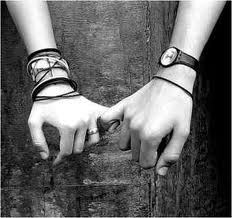 Aqua-eyed boy and I twisted pinkies and giggled at Lady Gaga's Bad Romance. "That should be our song!"

And so it was.

Nothing about this pairing seemed full of disease or doom. How could something so enjoyable be negative? I made a list of the things I liked. "Makes me laugh" was number 1.

There was more but that was the one that mattered the most.

We went out to dinner and chased eachother through the street afterwards, laughing. 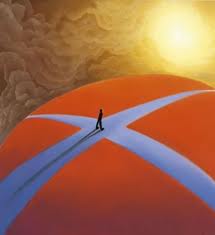 Then I got to the end of the street and faced an unusual intersection where cross streets splayed out in front of me like spokes on a wheel. I didn't know where to go. But there was no more snow. The hardest road was finally behind.
at 11:38 PM 3 comments:

It's funny. I'm starting to come to a place of rest about this year of upheaval. I'm writing more about serious topics because I'm allowing stuff I'd buried to come to the surface now that processing it isn't so sharp. But there are things that catch me.

Like, today was D's birthday. I used to like making him feel special, it was important to me. But now I can do nothing. Except feel guilty that maybe because of me, he is having a terrible birthday. I woke up and I thought "I hope he okay."

I have this thing I do now. I unconsciously find myself physically shrugging when I encounter something tough. It's like ripping off a band-aid. First I realize I'm holding my breath. Then I exhale slowly. And that's when I shrug. Involuntarily. I have to just move through the tough thing the way I used to make myself dive into water.

I could never bring myself to dive from the high diving board as a kid but I did jump. The way I did it was not to think about it. I just stepped off the edge -- think about it too much and I'd freeze.

I was uneasy off the lower diving board too at first. And so I concentrated instead on the physical motion.

You can wrap yourself up entirely in what your body is physically doing at any given moment if you try hard enough. Don't worry about the future yet, I'd think. The plunging hasn't happened yet. Worry about that later. And just like that, I'd pose and throw myself into the water. Then I'd climb out and do it again. Over and over, perfecting the arc each time until I grew to crave the sensation of the cold water rushing over me.

When I was a kid, we had to live in a motel for a month (house had sold and new one wasn't ready). My parents hated being cramped in one tiny room with two kids. I remember nothing about that time except the pool. I spent hours plunging into the water. Eventually even backflips got easy.

So yesterday, when I was going through an old art notebook and found one of D's drawings, I took it out, sighed, shrugged, and put it away.

It hurt but I expected it to, and I moved through the pain with resignation. It's starting to get easier to find the sense of peace.
at 11:59 PM 2 comments:

So, I left a physical therapy appointment a couple days ago and driving home, I was struck by this odd feeling spreading throughout my body. I realized with shock that it was joy.

Joy, because I'm taking care of myself.

For a long time (ever?) I don't think I even knew how to put myself first. And when I left my long-term relationship, doing so was like ripping my Velcro-d soul from a bond that had existed for years. I don't think I ever believed I was worthy. Plus being with him was like being with the president: how could my meager existence matter in comparison?

The other part is the huge amount of guilt I felt. Leaving didn't mean I didn't hurt too, that I stopped caring, or that I wanted to cause pain. I was full of knots that I'm still untangling. I still have to fight thoughts about whether or not I deserve to be happy. So that feeling of joy -- hey, I matter too -- took me by surprise.

A hearty thank you to those who believed in me anyway. You don't realize this but your conviction held me as I went fumbling in the dark for my self-esteem.
at 10:02 PM 4 comments: