World's most boring fortune cookie: "It is a nice day." THAT'S the best you could do???

Bird whisperer for a day

I ducked into a store today to get something small for my sweetie that I will need when I see him next when I heard a bird chirp way in the back. A bird in the store! I had to go see it. I put down the two items I was comparing and headed for the sound of the chirping. Sure enough, a frightened, young sparrow rested on the floor breathing heavy, having exhausted itself from looking for an exit. Birds prefer high, safe perches. If one's on the ground in a land of giants, it must be spent. It looked like a young female house sparrow.

I stood away from her purposefully not lunging and tried to do that thing that worked for my parakeets: get them used to my presence. I extended my hand slowly so she could observe it; with my outstretched hand, came an offer. "Here, hop on this? It is a magical vehicle that will bring you what I can see you desire most: freedom." She eyed me and turned her back. "No thanks, I'm good." But she didn't fly away -- that's something, right? I was surprised she wasn't terrified of me but I have a history of rescuing birds, maybe word got out.

We stood there a moment but then a clerk came over and she bolted. I followed her around the store at a calm speed so it wouldn't feel like I was a predator stalking her. Everywhere she stopped, I stopped, holding up my outstretched hand and crooning softly to her. If I could have spoken bird, I would have said, "Hi again! I know I'm 8,000 times larger than you and most of us aren't that nice but I swear, I know you just want to be outside. Let me help." Staff came over and one of them handed me a broom. Another one held a plastic bag to throw over the little bird like a net. "Thank you, but that will scare her," I told them. "Here, let me try it my way for a bit."

She flew away again but I found her resting on a top of a clothes rack trying to catch her breath. I slowly inched my hand towards her again until this time I was almost touching her. When she didn't flinch, I gently closed my palm around her, scooped her into my cupped hands and began speedwalking towards the front. I got her! But in my earnestness not to harm this delicate creature (bird's bones are hollow and especially fragile and they can even have a heart attack from fright), I wasn't holding her tight enough and she got away. Snap!

We went through the dance again, her circling the store while I walked deliberately her way. Soon, another opportunity presented itself and I again got my hand close enough to cup around her but this time, I held her more tightly. Once outside, I released her in a bush, opening my hand amidst the branches so she could see she was now free and leave of her own volition. She laid in my palm for a moment looking around, confused. Then she looked at me one last time and flew high into a tree and my heart soared with her.


"I saw an angel in the marble and I carved until I set him free." Michaelangelo

One counselor wrote: "Most couples end up in my office because one half feels that their love is not returned, and because of that, over time, they have detached themselves from the relationship." Maybe that is what I am doing here. When he's detached, I detach. It didn't hit me until today.

But the truth is, I miss him and I feel lonely when he is distant. Feels like there's some distance lately.
at 7:36 PM No comments:

Something I will never need 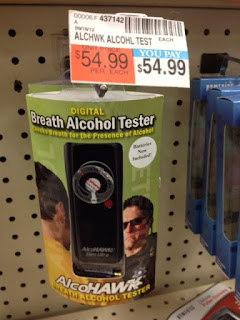 Acupuncture, aka the human pincushion experience

I tried acupuncture recently because a friend with a similar previous medical issue found it helped her. Part of me feels like it is flake pseudoscience but it IS recognized as a scientifically valid treatment for cancer pain and so, although that is the only thing the scientific community recognizes it for right now, I figured what the hell.

1. What was I thinking? Volunteering to be stuck with NEEDLES?? Am I HIGH??

2. People who say you don't feel anything are lying mofos. (The tinier the needles, the better, however -- it really did make a difference.) The most sensitive areas of the body are ones with the least amount of fat, like your ankle or elbow joints so those smarted most. Once they were in though, I didn't feel anything.

3. Acupuncturists don't just stick you, they stick you and then leave the acupuncture needles in for the magic to work.

After turning me into a human pincushion, the practioner unfolded a space blanket and rested it on the needles, setting the stage to build an elaborate set of fantasies involving all the possible scenarios that could result in an emergency room visit. Luckily, my default state for quiet, dark rooms is deep slumber, however, and this overpowered the need to worry; I fell asleep almost immediately after she exited the room.

4. Not only did some of the needles hurt going in, but one (an elbow) produced an electric twanging that resonated for a good few seconds, feeling not unlike a hearty funny bone thwack. That was very awesome and relaxing.

5. Afterwards, the acupuncturist asked me "so how do you feel?"

"Um, the same? Am I supposed to feel different?"

I did not feel anything then, nor since. But we'll see. Results from physical therapy take a little time, maybe this does too. (To be continued....) 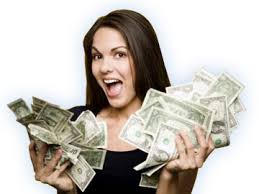 One thing I hate about Facebook is the way people carefully edit their lives so everything looks amazing. I like it as a tool to connect and am forever posting articles I'd want to discuss, say, around a table. However, it's only one tool and thus only offers the kind of one-dimensionality that can come from such a limited display.

Why do people avoid deeper topics online? Maybe some just don't like having deeper conversations or have limited time, but I also think it's just plain uncomfortable to bare yourself.

The urge to hide our vulnerabilities is rooted in our biology.

I once took my parakeet to the vet because he was sick. The second I unveiled his cage for the doctor, he perked up to deliver the most robust song and dance I'd ever seen. "Huh," I said. "He really did seem sick earlier."

"Oh, birds are known for this. They're prey animals. I'm unfamiliar, and so I might be a predator," she said, "so he's on high alert, trying to show me he's too hardy to be pursued. I'd worry more, actually, if he didn't act so vibrant right now. Because that would mean he was really ill."

She examined him, gave me antibiotics, taught me how to administer them (birds hate this, btw) and sent me on my way.

Facebook encourages false vitality. I mean, it's our public face, so, yeah. We endeavor to maintain the soundest constitution before the jury of our peers but this thoughtful dedication to crafting one's online "brand" (god, I hate that word) can have an isolating effect and contribute to the useless comparisons we all draw involuntarily against the empty, pixelated personas of our peers. My, how we revere the snapshot of the smiling face.

I get that it's necessary to shield a certain amount of yourself from the world so as not to be exploited or judged (I mean, there's a reason that this blog doesn't have my name and face plastered all over it) but one of the reasons I write openly both here and on Facebook is to quietly defy the facade.

I try to use social media to generate conversations and connection, not to alienate and exclude. One of the nicest compliments I've ever received (multiple times) was "I have been so disgusted by Facebook that I was thinking about quitting but I get so much out of your posts that it's keeping me attached." (Yay! Achievement unlocked: authentic connection.)

Wouldn't it be nice if it were more common though? I mean, where would you feel more comfortable? Frequenting a venue where the hostess constantly whirls around saying "look at me, look at meeeee!!!" or if they said, "enough about me, how about you?"

The most powerful forces in life are our connections and the road to connection starts with opening up. We have the tools, it's up to us to decide how to use them: meaningfully or as propaganda?

Brené Brown: The power of vulnerability


"I have a vulnerability issue. And I know vulnerability is kindof the core of shame and fear and our struggle for worthiness, but it appears it's also the birthplace of joy, of creativity, of belonging, of love. ... We numb vulnerability.... we are the most in-debt, obese, addicted and medicated adult cohort in U.S. history. The problem is... you cannot selectively numb emotion. You can't say "here's the bad stuff. Here's vulnerability, here's grief, here's shame, here's fear, here's disappointment. I don't want to feel these.... I'm gonna have a coupla beers and a banana nut muffin." You can't numb those hard feelings without numbing the other emotions.... When we numb those, we numb joy. We numb gratitude. We numb happiness. And then we are miserable and we are looking for purpose and meaning."

Link to Carolyn Hax column: How do you know when someone really loves you?

Out of all that the article said, this piece of advice in the comments says it best:

"A relationship is like two people rowing in a boat. Stop rowing and see what happens. If your partner picks up the pace to keep the boat going, s/he is in the relationship and wants to make it work, if s/he lets the boat come to a standstill, s/he is not and you should get out."