where the f*** does someone get an 8-hour cock lollipop??

Shut up! YES, by accident. I'll explain in a minute. But first, I must say this:

My entire night can be summed up in 7 words.


WHAT HAS BEEN SEEN CANNOT BE UNSEEN. 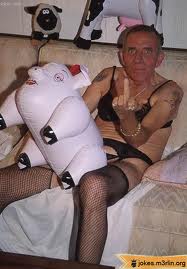 Thank you and good night.


Seriously, I don't know where to start. So let's begin with "by accident."


Artist: So, I've got a gig tonight, want to assist? I'll be taking pictures at a private party.

Artist: It'll be really interesting. People will dress up like Lady Gaga.

So I dunno, I thought it was like a Halloween party or something.

The first thing I noticed when pulling into the driveway were all the bumper stickers:

Then we rounded the corner and I SAW WHAT WAS GOING ON IN THE GARAGE. 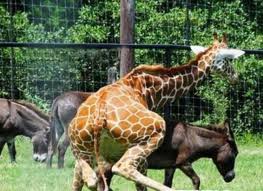 First, I need to mention that the part of my brain that had a vague awareness of this kind of thing -- fetish parties -- thought they existed only in the most abstract of terms, like yodelers or sword swallowers. Things that fall into the category of People (Who Are Not Me) That Do Weird Things (But Whatever).

Now I'm not saying it's weird to play in the bedroom. That's not what I'm saying at all. It's awesome when two people feel free enough to explore the limits of pleasure together. Chemistry rocks. But I mean, it DOES take a special kind of... (nerve? neuroses? I'm not quite sure how to label this) to dangle from the ceiling while 50 people watch your nipples get pinched, no?


So, the first clue that this wasn't really a Halloween party (aside from the half-naked lady in the driveway dragging around a guy in a dog collar and leash) was the ass-whipping happening in the garage.

It was my first witnessed public ass-whipping.

A large woman, stood spread-eagle (can you stand spread eagle?) against the unfinished walls of the garage while a guy whose (erect?) junk, covered slightly by a soft fringe of leather, jiggled as he hurled a knotted black whip across her giant naked, bare ass. Usually I have the largest ass in any room, so my first thought was "Oh yay, I am not the largest-assed person here!" (followed shortly by "WTF?!?").

Also, Jesus Christ, was EVERYONE sucking a cock lollipop?? 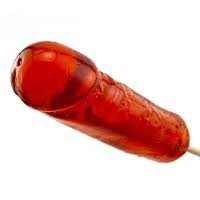 I turned to a woman wearing nothing but electrical tape and asked her where the bathroom was. "Oh, it's broken. Just go outside." She pointed to a lady peeing 15 feet away.

Dammit. All I wanted to do was find a private corner so I could text my friends "OMFG you HAVE TO SEE THIS!!"

The owners were ultra-concerned that everyone (like the Tall Diplomat -- no one used their real name), have absolute privacy. No photography allowed, unless it was the staff photog (yay Artist) who was using his own equipment but their memory card.

I "assisted" by holding the permission forms. I was a shitty assistant. I was too shy to LOOK at anyone so I kept swiveling my head to stare at the floor or the ceiling. I mean, they're getting their ASSES whipped. Don't they want privacy? I lived in a dorm once. When people start having sex under your nose, the protocol is that everyone in the room is supposed to act like it's not happening, right?

But wait, these people CAME here. They didn't stumble home. They got naked in front of a million people (okay only 60 but still) ON PURPOSE right?
People noticed my shy demeanor.

"Wow, how long can someone blush??" Someone asked me.

Why was I surprised they had alcohol present? I mean, if you're GOING to hang from a chandelier once in your life, you need to be trashed, right?

Another thing. It's human nature to size oneself up against one's peers, except now all my peers were drunk, high, naked and strange. I looked down at my ankle-length skirt and thought great, I am the resident nun. Everyone else is wearing nothing but electrical tape and I'm folding my jacket closed like it's the Bathrobe of Modesty.

The Tall Diplomat shed his senatorial suit and sidled up to me in a chain-link thong. "When's that dress coming off?" "It's NOT," I replied stiffly. "I'm here with the staff photographer."

I tried to keep a low profile and disappear behind the cupcakes but people followed me, voyeuristically ogling my private indulgence exposed unawares: yes, the uptight chick has a yearning all her own and it involves chocolate icing. I ate two. It calmed the auditory assault of distant primal moans and repetitive ass whipping.


Then I met my first "furry." He was dressed as a dog (or a bad bear? I couldn't exactly tell). 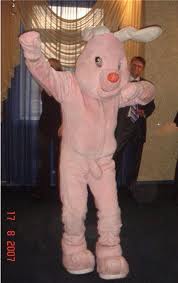 "Furries" are people who like to have sex in costume. Specifically, fuzzy animal costumes. Legitimate costumes come with holes in all the right places so it never has to come off: penetration to orgasm can be successfully achieved whilst locked in the arms of a wildly unnatural representation of a beast. Nice. 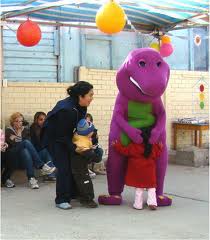 And a few feet away I watched a naked lady settle onto a large table while her suitor carefully wrapped a stick in cloth before soaking it in alcohol, lighting it on fire and quickly swathing her breasts in flame.

And now I'm watching someone set someone else on fire. My mom would be so proud. ::facepalm::

"I was born with three tits!" She told him proudly. 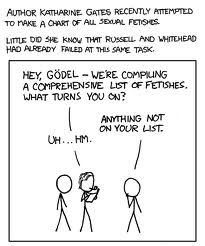 After that, a couple at a picnic table next to mine started having sex. That was a wee bit awkward.

Sometime after the second cupcake, I started to get a little bored. I reached an ass-whipping/orgasmic scream saturation point. Here were all these people yanking and whipping and poking, eager to give flesh a hearty workover -- anything to illicit a reaction -- and yet all of it seemed devoid of passion somehow.

I kept thinking of the quote, "You can go a lifetime without feeling anything but skin." by Chuck Palahniuk.

More people came over to talk to me. John Mayer Lookalike (If John Mayer Ran Around Nude Wearing Nothing But A Trenchcoat) stopped by to say hello.

"I'd REALLY like to get tied up. But I just don't see anyone appealing here," he said.

I pointed to some hot girls wearing nothing but electrical tape standing in line next to the ropes. "What about them? They look kinda receptive." 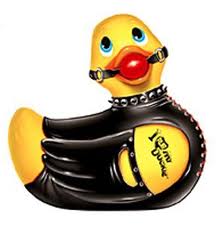 We stood in silence as one of them stepped into a harness and got raised and tied with ropes; just one in a long line of the willingly bound.

I wondered how much HPV coated the ropes.

In fact, I was quite sure every surface in that house had a film of HPV on it.

Great, now I am not just the covered nun girl, I am Howard Hughes in female form.


Picture taking ceased around dawn and the artist pulled me away from a 70-ish year old man describing, uninvited, the vagaries of orgasmic massage (thankfully I was ripped away before any unsolicited demonstrations began). We were warmly invited back. I thought "me? You're inviting ME, the most uptight girl in this entire place back??" I thanked the weird fetishy hosts and made a mental note to find out where the fuck does someone get an 8-hour cock lollipop??