I suck at being spiritual.

I suck at being spiritual. 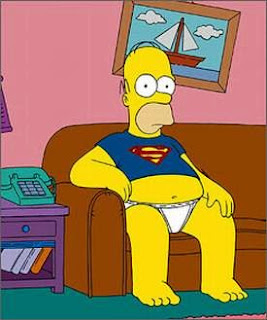 I bought a book on the mystical properties of rocks so I could make little placards with my handmade bracelets that say "jasmine is associated with winning pianos!" and set them out at my next craft fair but I couldn't stop snorting long enough to type. (I don't actually know what jasmine is associated with because I couldn't take the book seriously enough to remember even the slightest detail, but jasmine is a pretty rock and I'm thinking pianos.)


So maybe I can reword it. "Some SAY jasmine is associated with the possibility of winning a piano." Then I don't have to act like it is ME that believes this, right?

I do like the idea of meditation though, and yoga. Those are kindof spiritual, right? It's the mindset I want to be plugged into, the loving/accepting/happy/content nature hippies have (except without being high). Can you be a skeptic and still become one with the universe?


Actual conversation I had the other day:


Her: So my cat keeps doing that for food! Haha actually I do the same thing now that I think of it.

Me: Well humans are animals so no wonder, haha!

Her (suddenly getting serious): I don't believe that, actually. Humans are not animals.

Me: Uhhh, okay. (This is when I checked out of the conversation -- I'm not interested in having a debate. But I WANTED to say, "It's not a matter of opinion! Humans are not plants, they are animals!)

Seriously. On the classification scheme, pick one. Here are your choices.

Generally, my multi-cellulared nature (despite my best attempts to revert to a single-celled organism on Mondays) forces me to acknowledge that I am, indeed, an animal.

I think people are so used to using the word "animal" to describe ("he's an animal!!") that they forget it's also a classifying descriptor in Linnaean taxonomy. I'm not about to condense the history of the scientific thought process or convert the entire contents of a basic science lecture into a convincing sentence (if we're even HAVING this debate, most have already decided what they want to believe anyway) and so this is when I just want to scream, "SCIENCE!" and run away.

So how can I make my bracelets extra-appealing?? Back to the drawing board!
at 8:08 PM