I had a special gig when I was in school to provide notes for the entire class of Intro to Microbiology at the University of Maryland, a class that had so many students -- 300 -- that even the cavernous lecture hall reserved specifically for it still burst at the seams. 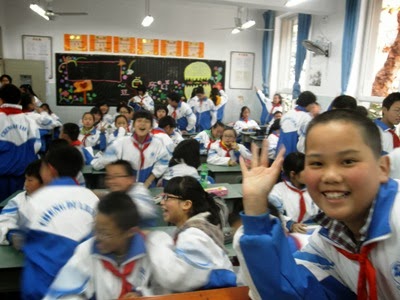 There were two businesses in town that each paid me $10 for my typed notes that they then sold to students. Their business philosophy was to provide notes for those who had missed class or just wanted a backup.

Both places told me they normally like to have a few students from each class and also typically do not hire the same person -- they want the students to have some variety. You know, in case the notes suck or something.

They made an exception in my case and thus I became the sole provider of notes for the entire class.

Awesome. I needed the money. I was working 2 other jobs and this was now a third source of income. Sweet.

Now, this happened to be the worst semester of my entire life. I was the most sleep-deprived I'd ever been. (Well maybe except for the time I was a counselor at a sleepaway camp, which is a complete misnomer if I've ever heard one, but I digress.)

I was up until the wee hours almost every night typing up reports and papers and notes after long exhausting hours at work and I dunno, something had to give, right?

I fell asleep one night right in the middle of typing. Sitting up. Fingers still tapping away. I didn't even realize I'd nodded off. 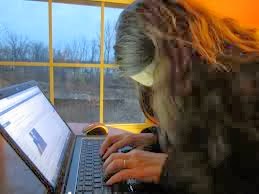 My head didn't loll, my fingers didn't fall away from the keys, my shoulders and arms didn't drop. I just kept typing. I fell asleep typing, woke up typing, and continued to type until I was done and then collapsed. I never re-read the notes so I never realized I'd fallen asleep.

How did I not realize I'd fallen asleep? What was I trying to say??

Two o'clock in the morning and I just discovered this (along with the other 299 other poor slobs from class, all of us probably banging our heads in a hellish synchronized solitude).

I took the exam and got a "B" -- not bad for screwing up an entire essay question on artificial protoplansts. But is it any wonder that I still don't understand this concept? But I owe about 300 students a beer.
at 7:48 PM